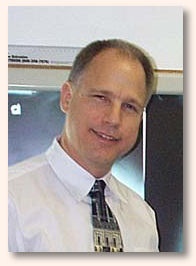 Dr. George Yeomans, DC graduated in 1922 and practiced in Superior, Wisconsin prior to moving to Ripon in 1944 to set up practice. Dr. Leroy A. Yeomans, DC joined his father in 1950 after serving in WWII and completing his Chiropractic education.  Dr. Steven Yeomans, DC joined his father in private practice in 1979. He became board certified in chiropractic orthopedics in 1985 after completing a five year residency in chiropractic orthopedics and has been active in research and has lectured since 1988 both locally and aboard.

Dr. Yeomans has published numerous articles and has completed a textbook that was released by Appleton & Lange Publishers in August of 1999 entitled "The Clinical Application of Outcome Assessment." The text contains up-to-date valid and reliable methods of assessing patient's pain, general health, disability, impairment, psychometrics, and satisfaction with care. This information can be used to prove medical necessity of care to insurers, help protect the health care provider in liability issues, and most important, guide the health care provider so that prompt clinical decisions can be made.

Clerkship 1977 at Cook County Hospital (foot and back service)

a. National College of Chiropractic- 1989 (Orthopedics: Disability and Impairment Rating)

Who's Who Among Students in American Universities and Colleges (1978-79).

Steering committee and faculty member of the Wisconsin Back Society, fall 1993-present.