Dr. Laura A. Swingen began her profession as a chiropractor after graduating from the University of Oregon in 1986 and Western States Chiropractic College in 1990. She worked as an associate doctor in order to learn NUCCA technique and then came to Sunset Chiropractic Clinic in 1991. In her over 30 year career, she has literally served thousands of patients at her clinic and has been proud to help them meet their health care goals.

She has been involved in three chiropractic mission trips to Central America where chiropractic care was so enthusiastically received that hundreds of people would be lined up and waiting at the beginning of her treatment day. In 2010, she embarked on course work to earn a degree in Chiropractic Neurology and, after taking 475 classroom hours and passing a rigorous board examination, received her certification in 2012, becoming one of only a handful of Chiropractic Neurologists in the state of Oregon.

Dr. Swingen blends a warm compassion, persistence, a variety of chiropractic techniques, and a quarter-century of clinical skill and experience to attain optimum results for her patients. She is proud to be a doctor her community of patients can depend upon for excellent, same-day care. Her degree in chiropractic neurology has allowed her to assist her patients with even more precision and many of her colleagues throughout the state refer their more difficult cases to her for her expertise.

Dr. Swingen has published research in the peer-reviewed literature as a result of her work in the field of neurological rehabilitation (Integrative Medicine: A Clinician's Journal, April/May 2017). 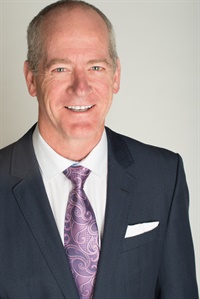 Dr. Todd Turnbull, DC, CCSP, is an author, speaker and in private practice in Portland, Oregon.   He graduated with his doctorate from Life University and is a Board Certified Chiropractic Sports Physician from Palmer University.   As a post-graduate faculty member for several Chiropractic institutions, he developed courses and wrote numerous articles on Concussions, Disc Herniation's, Rehabilitation and Soft Tissue Diagnosis and Treatment.  He has developed and trademarked Pre-Active Stretching a rehab program, developed Myotonic Facilitation Technique which is a neuro-muscular integration treatment approach, the Happy Brain Concussion Care program that incorporates Trauma-Free treatment protocols with his Mission to develop awareness of brain injury screening and create access to Trauma-Free treatment that is effective for the patients.   Dr. Turnbull was Certified as a Brain Injury Specialist and in November 2019 Dr. Turnbull was certified as a Trainer by the Academy of Certified Brain Injury Specialists (ACBIS) of their program as noted by the CBIST (Certified Brain Injury Specialist Trainer).   He is a member of the Oregon Chiropractic Association (OCA)  & a member of the OCA “Chiropractic Practice and Innovation Council” (CPIC). 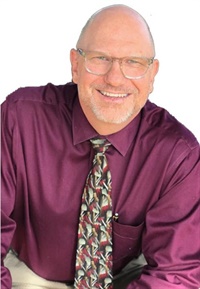 Dr. Russell John Kort is an Author, Public Speaker, Resilience Specialist and the 2019 Innovator of the year for BrainTap Technologies.  Dr. Kort is a 1999 graduate of the prestigious Palmer College of Chiropractic in Davenport, Iowa.  He has been serving patients for more than two decades.  Dr. Kort has been involved in the medical field since 1984 when he worked as an EMT for his local ambulance service in Glenwood Springs, Colorado.  Dr. Kort loves all things nature especially, down hill skiing. He suffered from multiple concussions in his youth as a down hill ski racer, which led him into one of his passions advocating for collaborative concussion care for our youth.

It was the first week of Chiropractic School when he was first taught that all dis-ease in the body was caused from from toxins, trauma and thought.  Our exposure to chemicals and pathogens (environmental toxins) the past twenty years has increased at an exponential rate which corresponds with the advent and proliferation of wireless technology (technology toxins). There is a great need to educate on the global health issues associated with the use of EMFs and the stress caused from these Environmental and Technological Toxins (ETT).  Millions are suffering from a myriad of symptoms: neurological, neuropsychiatric (anxiety and depression), sleep, eyes, ears, heart, skin, and immune issues.

For the past two years a collaborative effort to research diagnostics and strategies to mitigate these symptoms has been underway with the EMF Sensitivity Project, led by Dr. Russell John Kort. This  is a personal issue for him, As he has suffered from tinnitus, headaches, sleep issues, unexplained irritability, and pain when using his technology for nearly two decades.  Dr. Kort has Electromagnetic Hypersensitivity (EHS) and at times, becomes functionally impaired when exposed to EMFs (uv-blue light and wireless technology), especially when traveling via car and on airplanes.  Even though he suffers from EHS, he has developed protocols that has helped his brain become resilient to the stress caused from the environmental and technological toxins.