Dr. Zielinski presents a look at treating the TBI patient from a Functional Neurology approach and the clinical aspects.   His expertise in the realm of

Functional Neurology is at the highest level of educational programs and his presentations demonstrate his Carrick Institute influence in his training. 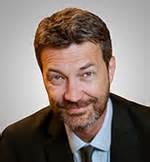 He founded Northwest Functional Neurology in 2006.

His work was featured in the Netflix series Afflicted, which focused on sufferers of chronic diseases.

He is on the Board of the Brain Injury Alliance of Oregon and lectures for them as well to many different healthcare professional groups.   He is a member of the Oregon Chiropractic Association and received the OCA’s Education Award in 2019.

He is sponsored here today by NW Functional Neurology in Lake Oswego, Oregon.